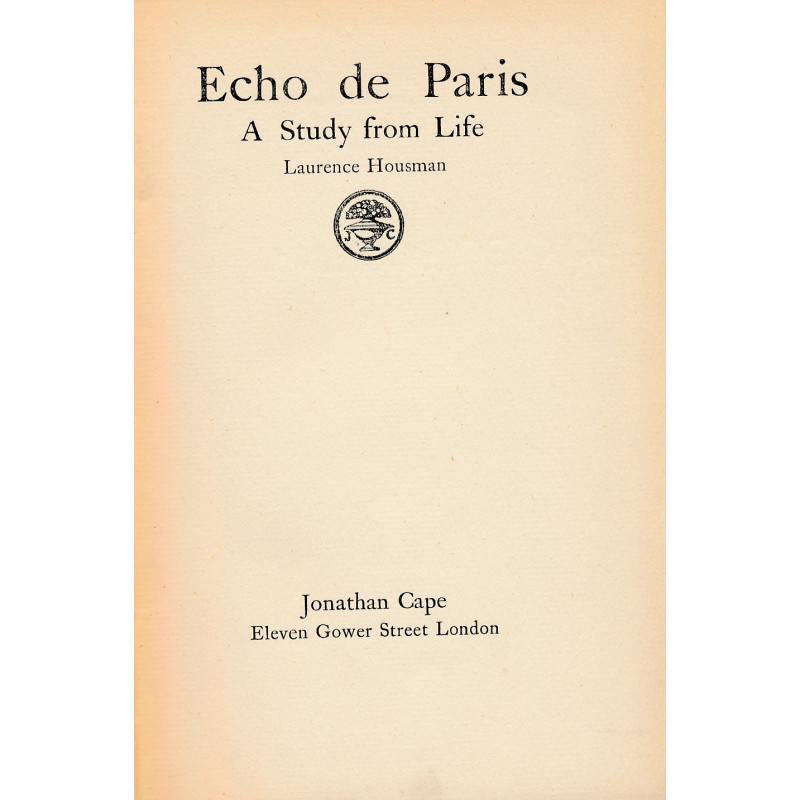 Written largely in dialogue, this is a remembered account of a lunch in 1899 with Robert Ross, Henry Davray and Oscar Wilde. It is convincingly recalled with an elegance and wit which rather abandons Housman in the postscript where he clumsily addresses the problem of the "homo-sexual": "the whole problem shall henceforth be studied and treated from the medical, rather than from the criminal standpoint . . . treatment shall be health-giving in character and purpose". Wilde's magnificence may have departed, but his eloquence remained, as he talked out the books he would no longer write.