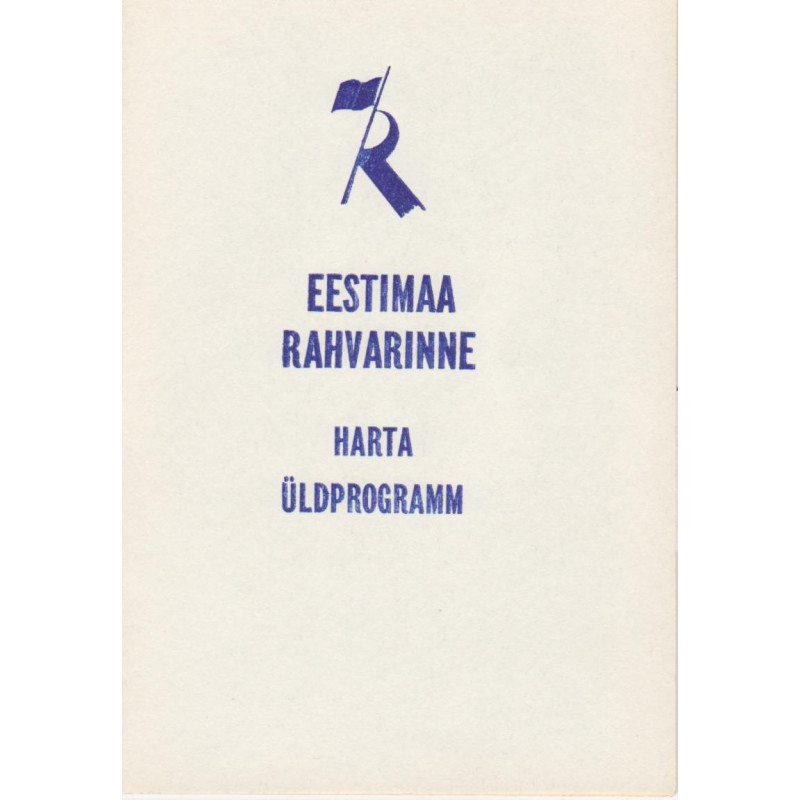 Charter of Popular Front of Estonia.

The Popular Front of Estonia (Estonian: Rahvarinne), introduced to the public by the Estonian politician Edgar Savisaar under the short-lived name Popular Front for the Support of Perestroika, was a political organisation in Estonia in the late 1980s and early 1990s. Edgar Savisaar introduced the idea of popular front during a TV show on 13 April 1988. The idea was developed through the year and finally The Estonian Popular Front was established on 1 October 1988 with a massively crowded congress which turned to a culmination of the first phase of the Singing Revolution.